The original founders and movers of the branch were the late Ted Flynn, Sadie Leonard and Liz Egan who became Chair, Vice Chair & Secretary respectively at the first minuted meeting in November 2000. As funds were very limited they appealed  for a contribution from Tullamore Branch INTO with Virginia Duffy approaching Birr/Banagher Branch. £300 and £100 were kindly donated and much appreciated.

These original organisers were very committed and the membership expanded quickly and has now exceeded 150.

Ted remained as Chairman until 2008 and Liz continued as Secretary until 2011.  Sadie served as Chair for 3 years.

The Winter 2022 meeting was held on Wednesday November 22. Details of the next meeting will be posted here as soon as they beome available.

Members of the Offaly Branch were entertained to tea at Áras an Uachtaráin by the President, Michael D. Higgins. It was a most interesting and enjoyable occasion and a first for the branch.
To enlarge a photo, simply click on it! 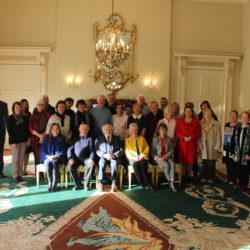 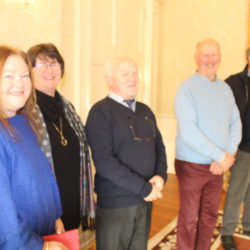 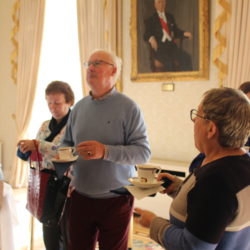 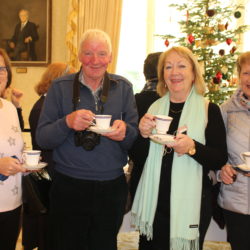 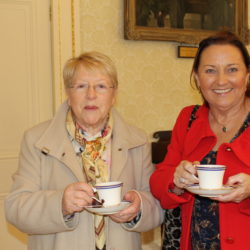 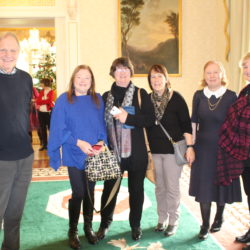 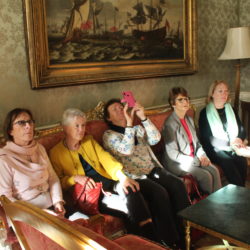 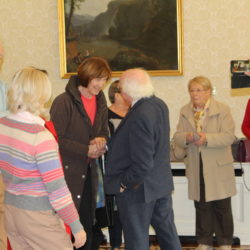 Some memories of our recent morning in Shannon Harbour where the Grand Canal meets the Shannon .We had a most enjoyable morning led by James Scully in a most informative and enjoyable manner. We were glad to see he had copious notes a reminder of times past…. We concluded proceedings in McIntyres Pub
To enlarge a photo, simply click on it! 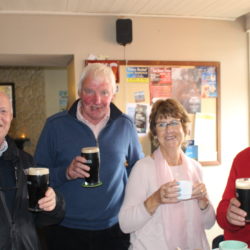 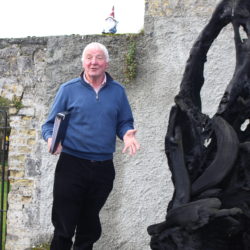 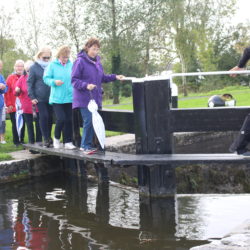 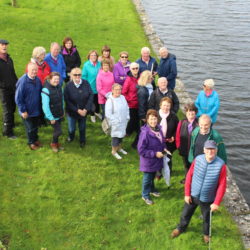 The Branch organised a visit to the Vermeer Exhibition in the National Gallery in September last. It proved very enjoyable and informative. Pictured below are branch members in the gallery lobby after the visit. We have been busy since we were released somewhat from the claws of Covid
Last October we visited Birr Castle.We were in Dublin in March visiting the Treaty Exhibition andThe Chester Beatty Library. May saw us in Banagher,  and on the newly opened Meelick Weir and walkway across the Shannon linking Offaly and Galway,well worth a visit especially with James Scully as a guide lWe concluded our activities before the summer break with visits to Derryglad Folk Museum and to the Gardens at Burton House Athy. We certainly made up for lost time.
Below are some photos of our activities: 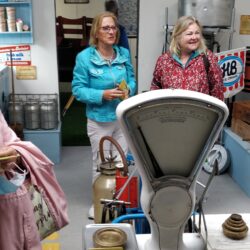 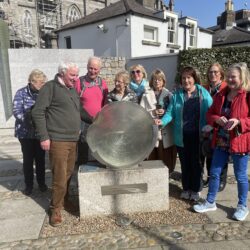 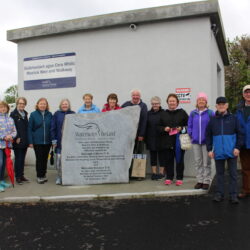 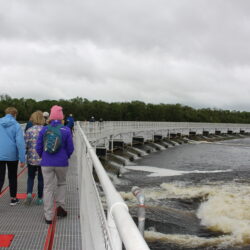 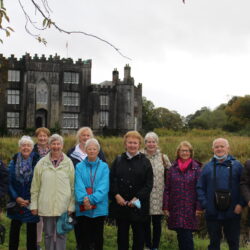 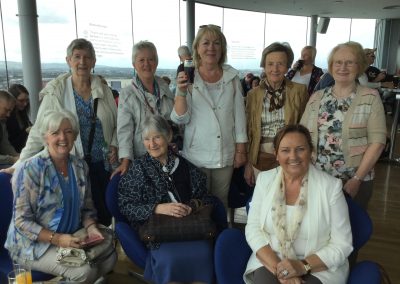 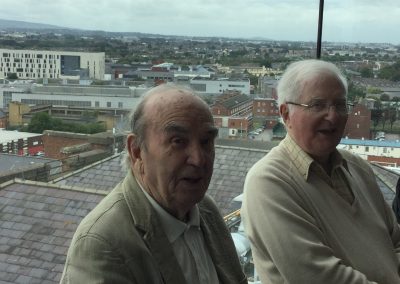 Frank Mc Namara and Tony Hogan at the Storehouse 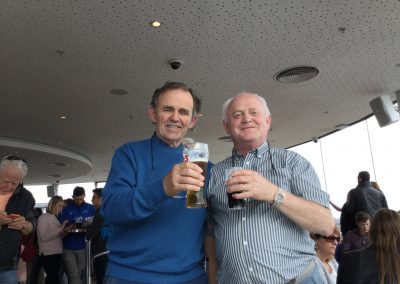 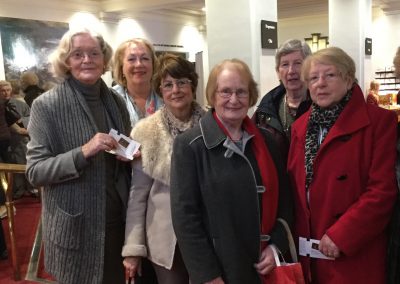