The 2022 AGM took place in Hotel Kilmore Cavan on Tuesday 6th December, 2022. Details of the next meeting will be posted here as soon as they become available.

18 Members of the branch took part in the three day visit to berlin.

Our flight was quite early so we had to catch the airport bus from the bus station in Cavan at 2.40am  –  a challenge in itself!

After that, all went according to plan & we landed in Berlin Tegel airport at 10.05am (local time there). We duly met with a Travel Department representative who took us safely to our hotel – Park Inn by Radisson Alexanderplatz. We settled in well & found our bearings.

Berlin straddles the banks of the river Spree so we managed a very leisurely boat trip around our hotel. It was a beautiful day, around 22 degrees so we all enjoyed immensely. After that,we were all glad to retire early after our very early start.

Next morning,all “bright eyed & bushy tailed” we departed our hotel for a half day guided tour of Berlin,exploring one of the most historically rich cities in the world. We saw Berlin’s important landmarks such as the Pariser Platz,the Branderburg Gate,the Reichstag,the Berlin Wall & Checkpoint Charlie. This guided tour of these monuments told us Berlin’s history, right up until after the fall of the Berlin Wall.

The next day, Philomena & I decided to explore Berlin Cathedral. It’s very ornate with reconstruction in some areas. Soon we realised there was a stairway leading to the very top with panoramic views of Berlin City if one managed to get there! We started the climb. At some stage, I saw a sign which read “Attention!

The way up is physically demanding.

From here no reversal is possible!”

OMG! I felt like calling an ambulance! However,we lived to experience the beautiful view at the top. It was much easier coming down,thank God.

Berlin is a world city of culture,politics,media & science with a population of 3.7 million people. It’s still very much under reconstruction-evident by the many cranes. It’s home to world-renowned universities,orchestras,museums,entertainment venues & is host to many sporting events. We visited some museums.

We departed Berlin on Sunday,15th September. Our flight home was quite late so to wind down & chill out, Philomena & I visited the Zoo. It’s Zoological Garden is the most visited zoo in Europe & one of the most popular worldwide. However, I found it a bit disappointing as there were many enclosures with no animals to be seen. Perhaps,they were all escaping from the heat!!!!!

Others in the group did other things. I heard mention of bike rides & shopping in the markets.

Overall,it was a brilliant and very successful trip.

Míle buíochas duit,Deirdre as ucht an pleanáil & do chuid oibre re Berlin.

Below is a selection of photos taken on the trip: 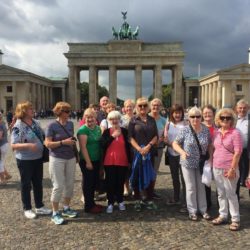 Cavan branch at the Brandenburg Gate! 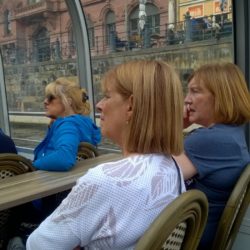 Relaxing on the River Spree cruise 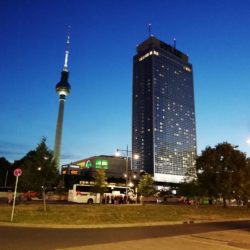 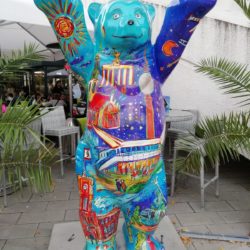 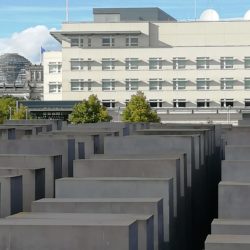 Memorial to the Murdered Jews of Europe

The Cavan Retired teachers had a wonderful trip to West Cavan on Thursday 13th June. Our first stop was a welcome tea/coffee break in the Custom House Restaurant in Belcoo. We then visited the Cavan Burren Park in Blacklion, a stunning prehistoric site located inside the UNESCO designated Marble Arch Caves Global Geopark . Here we met with our excellent guide Seamus O’hUltachain who pointed out the numerous geological and archaeological features of this area. We enjoyed the excellent views over the surrounding countryside and viewed the the megalithic tombs, glacial erratics and the remains of an abandoned house where once a family lived and farmed. We then proceeded to Nevin Maguire’s restaurant in Blacklion where we enjoyed an excellent lunch cooked and served by a fantastic staff. Thanks again to Luke McGinley for organising our annual trip to West Cavan 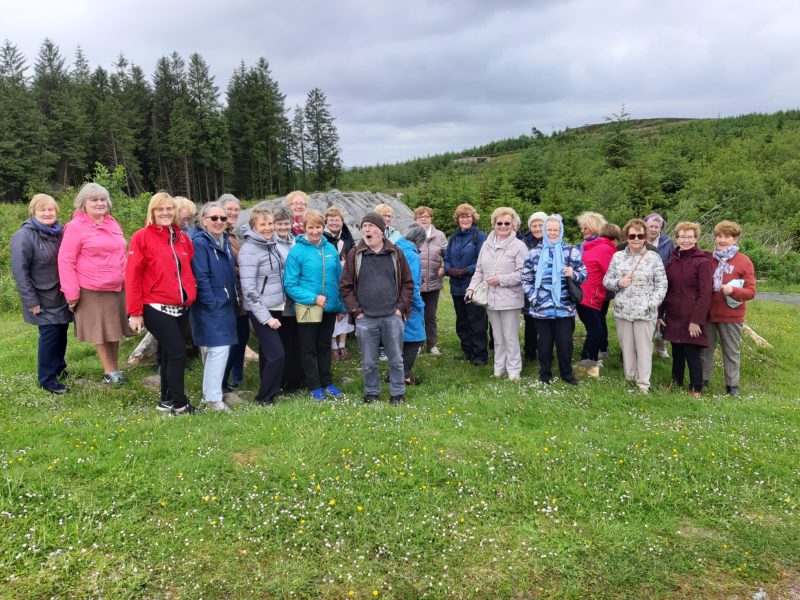 Our group from Cavan took off for Krakow on Sunday,23rd September 2018. Our flight was from Dublin Airport and despite it being delayed by an hour it never dampened our enthusiasm.

We arrived late enough so having met our guide who took us to Hotel Vienna,we all welcomed a good night’s sleep.

The next day all “bright eyed and bushy tailed ” our guide took us on a walking tour of Krakow which included Wawel Cathedral, the Royal Tombs, Sigismond’s Bell and St.Francis Gothic Church. Nice to see area where Pope John Paul,the second lived,studied & said his first Mass. All very interesting.

Day 3, we visited Wieliczka Salt Mines. Once we managed the 378 steps to the bottom I found it a brilliant and wonderful experience. I think our guide that day spun a few “dhaileógs” and we probably covered a lot more steps up and down into various areas as well! I wonder if black/grey salt is any healthier than white! Thank God for the elevator back up and still using Voltarol on my knees,back of thighs etc!!!!!!

Day 4 was very stark,sombre and upsetting as we expected on our visit to Auschwitz and Berkinau. An emotional tour showcasing man’s inhumanity to man. May history NEVER  be repeated here. Unfortunately,it is in other parts of the world.

Final day we took it easy & took a taxi out to St. Faustina Shrine & Chapel. Ideal for recovery – a quiet,very peaceful place! The set-up there is so like Knock Shrine,Co.Mayo. Countryside beautiful!

In & out between all that we had leisure time,exploring,sightseeing and shopping at our own pace. Anything I haven’t mentioned is strictly private!!!!!! After all that,we managed to rise early! Múinteoirí  gan dabht! Gabh mo leithscéal – scortha!

A great group to travel with – all looked out for one another.

A very special thanks to Deirdre,our Secretary & chief Organiser for the trip. She was A+!!!!!

I look forward to the next one please God. I have a suggestion but not yet! Feel free to add yours. 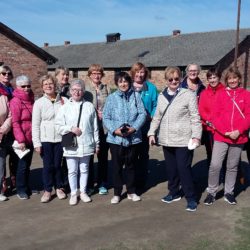 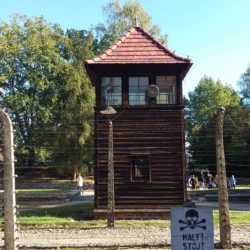 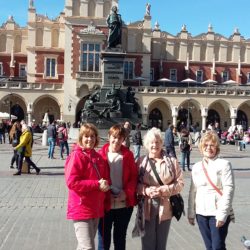 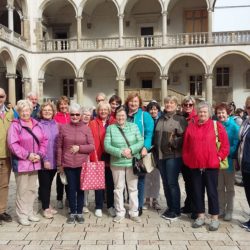 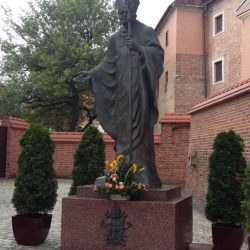 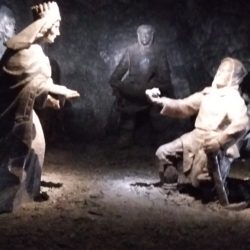 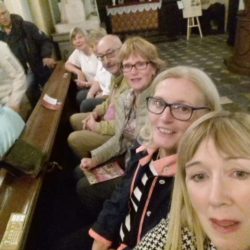 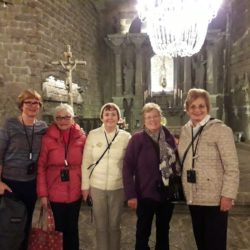 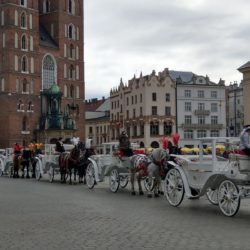 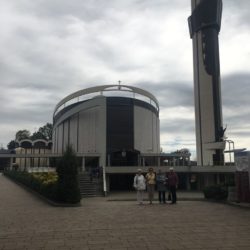 Book club will take place on the last Thursday of each Month in Farnham Hotel, Cavan at 11am

A computer and Smartphone course will take place every Thursday from 2 – 4 pm in Unit 12, Church View, Cavan.

Comhra Gaeilge – every third Thursday in Farnham Hotel at 11 am.

Branch members had a very successful and enjoyable trip to Derry recently, including a visit to Belaghy and the Seamus Heaney Centre. Walking the walls of Derry 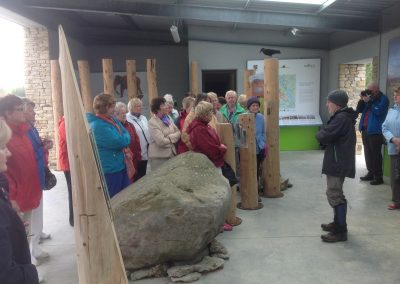 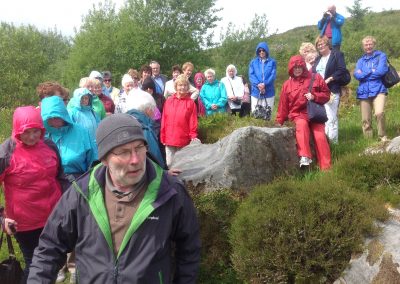 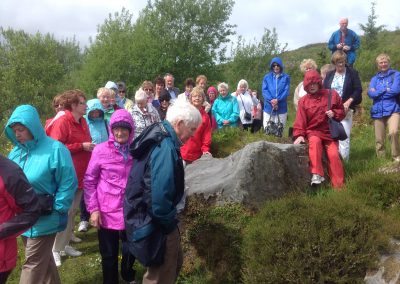 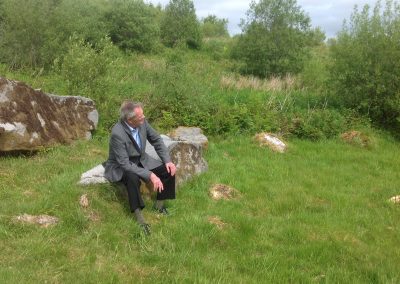 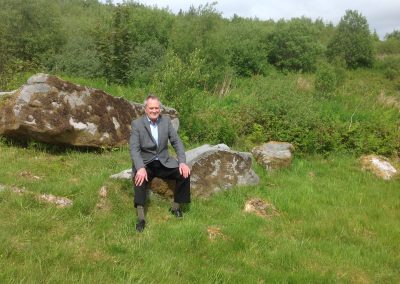 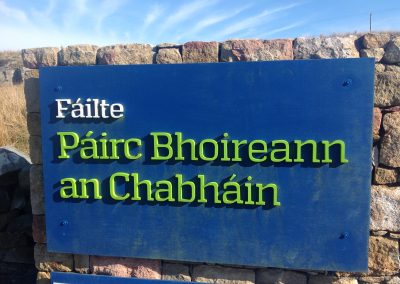 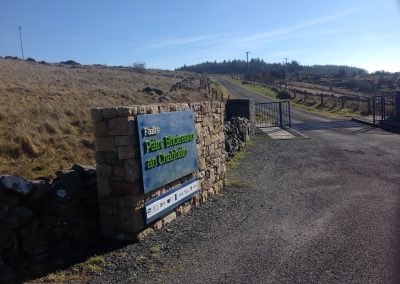